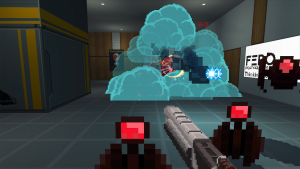 Bunker Punks is a retro FPS with roguelike and basebuilding mechanics. Bunker Punks mixes the fast paced gameplay of classic First Person Shooters with procedural generation, permadeth and customization of roguelikes.
After the fall of civilization, you run a group of revolutionaries, raiding corporate strongholds for supplies to bring back to your underground bunker. Customize your bunker to strengthen your gang and overthrow the corporate government. 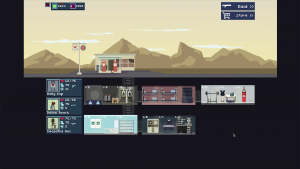